COMPEO – A glimpse back and a look ahead

After one and a half years of intensive development, the new and unique COMPEO compounding system of BUSS was finally ready to be launched worldwide. After three successful roadshows in the United States, Italy and Germany, it is half-time, so to speak, on the launch tour of our state-of-the-art compounding allrounder COMPEO. We want to take a moment to glimpse back at the highlights of the last weeks.

At the beginning of May, the COMPEO premiered at the NPE 2018 in Orlando, USA. BUSS showcased the new compounder in a brand new and energetic stand design that complimented the elegant and modern machine design of the COMPEO. But it’s not just the looks that impressed visitors. The highly diverse application spectrum of the new compounding system was a favorite topic of in-depth technical discussions. We received a lot of positive feedback during the four days at the NPE. This spurred as on for the European launch in Italy a few weeks later.

The COMPEO compounding extruder had its first public appearance in Europe at the PLAST 2018 in Milan. From May 29th until June 1st, industry professionals from Europe, the Middle East and Asia inquired heavily into the technical features of the new compounder system. Visitors examined the technical improvements of the COMPEO compounding system that was exhibited on the stand. This was topped off with animation videos where the COMPEO came to life.

And finally, our highly innovative compounding system COMPEO was presented on the first trade fair focusing entirely on compounding. Close to 5,000 qualified visitors from all over the world attended the Compounding World Expo in Essen, Germany. It was a great opportunity for BUSS to showcase the technical sophistication of the COMPEO compounding technology. 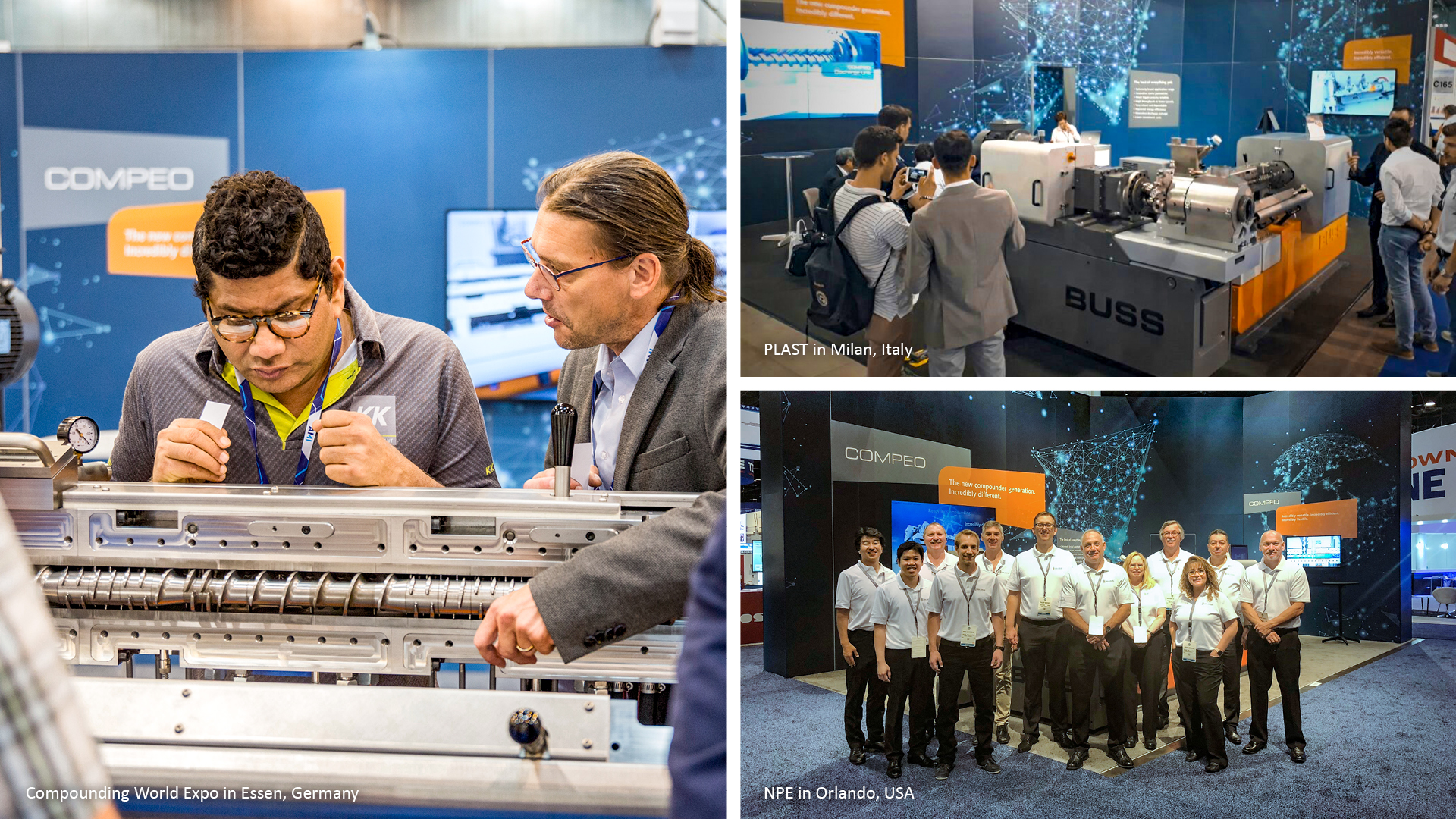 Philip Nising, CEO of Buss AG, summarized the successful launch as follows: “I was really impressed by the in-depth technical discussions about the advantages of our new compounder generation. Customers, suppliers and the media visited our booth to get first hand information about how exactly BUSS innovates the compounding world. All in all, we got extremely good feedback and took home very positive motivation to push the market introduction of COMPEO to within the second half of 2018.”

“Numerous interested visitors and customers have visited us,” sums up Gianluca Tregnago, Sales Manager at BUSS. “The concept of our COMPEO is based on modularity, flexibility and versatility. It opens up completely new possibilities in the compounding of polymers. This potential has aroused great interest among visitors at the booth.”

The launch of our new compounding system was a huge success. Now the BUSS team is looking forward to promote the COMPEO technology next at these international trade fairs: